Violist Ellen Caruso Olson, co-founder of the San Marco Chamber Music Society, is a native of Long Island, New York.  She earned a Bachelor of Music degree from Hofstra University, studying viola with Olga Bloom.  Her other teachers include Barry Lehr, Rebecca Young, and Patricia McCarty.  She has participated in the Colorado, Eastern, and Peninsula Music Festivals.  She is on the faculty of the Prelude Chamber Music Camp.  Before coming to the Jacksonville Symphony in 1985, she was a member of the Puerto Rico Symphony.   She performs regularly as a chamber musician in the Jacksonville area.

Eric Olson has been principal oboist of the Jacksonville Symphony since 1986.  Originally from Pennington, New Jersey, he earned his bachelor’s degree from Northwestern University, where he studied with Ray Still. Previously he studied with Louis Rosenblatt in Philadelphia.  Eric served as guest principal oboist with the Baltimore Symphony in 2002, including a two week tour of Japan. As a soloist, he has appeared with the Civic Orchestra of Chicago, the Colorado Music Festival, the Eastern Music Festival, the Peninsula Music Festival, and many times with Jacksonville Symphony Orchestra, including Bruce Adolphe’s Voices of Moonlight for Oboe and Orchestra, and the concertos of Richard Strauss, W.A. Mozart, John Corigliano, Ralph Vaughan Williams, and David Mulliken.  He has performed at the Marlboro Music Festival, and toured with the Musicians from Marlboro, performing the Mozart Oboe Quartet. Other festivals in which he has participated include the Tanglewood and Aspen music festivals.  Eric served as principal oboist and faculty member at the Eastern Music Festival for six summers. Eric has been the principal oboist with the Peninsula Music Festival in Door County Wisconsin since 2007.  In Jacksonville, in 2008, he co-founded the San Marco Chamber Music Society with his wife, violist Ellen Caruso Olson, and is a frequent performer on that series.

Clarinetist Patrick Graham joined the Jacksonville Symphony Orchestra in September 2017, after serving as a member of the Orlando Philharmonic Orchestra. He has been heard on Canada’s national CBC Radio as well as Chicago’s WFMT Radio and Jacksonville’s WJCT Radio. As a recitalist and chamber musician Patrick has appeared in both the United States and Canada. He has also been heard with the Naples Philharmonic, The Florida Orchestra, the Sarasota Orchestra, and Canada’s National Arts Center Orchestra. In 2012 Patrick was selected as the winner of the International Clarinet Association’s Orchestra Audition Competition.
A native of Ottawa, Canada, Patrick completed his Bachelor of Music degree at the University of Ottawa with Kimball Sykes, Principal Clarinet of the National Arts Center Orchestra. He earned his Master of Music degree at Northwestern University in Chicago under the guidance of Steve Cohen and Lawrie Bloom. For two summers Patrick was a fellow at the Tanglewood Music Center where he was awarded the Gino B. Cioffi Prize for Outstanding Woodwind Performance.
Patrick is on faculty at the University of North Florida and Jacksonville University and has been on faculty at Rollins College and Eastern Florida State College. He is a Buffet Crampon USA Artist. 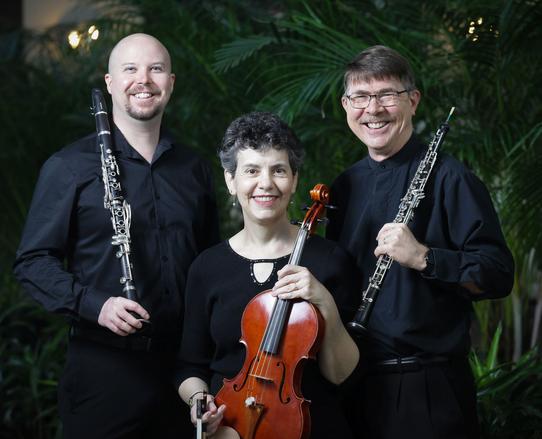 Mission statement: To educate and enrich the lives of people of all ages and incomes by presenting world-class chamber music concerts that are open and free. 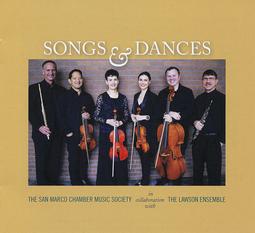 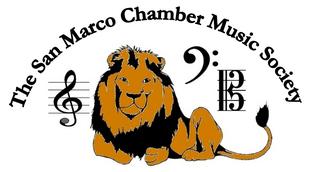 Our CD, Songs and Dances, is available on Amazon.

Violist Ellen Olson, oboist Eric Olson, and clarinetist Patrick Graham will represent SMCMS in England and collaborate with the Adderbury Ensemble of England!